My journeys, discoveries and fascinations

What draws  my attention from the very beginning were the red and white stripes on the facade.

The castle was built in XVI century as a defensive one. Already in XVII was burnt down by Swedish and refurbished in baroque style. 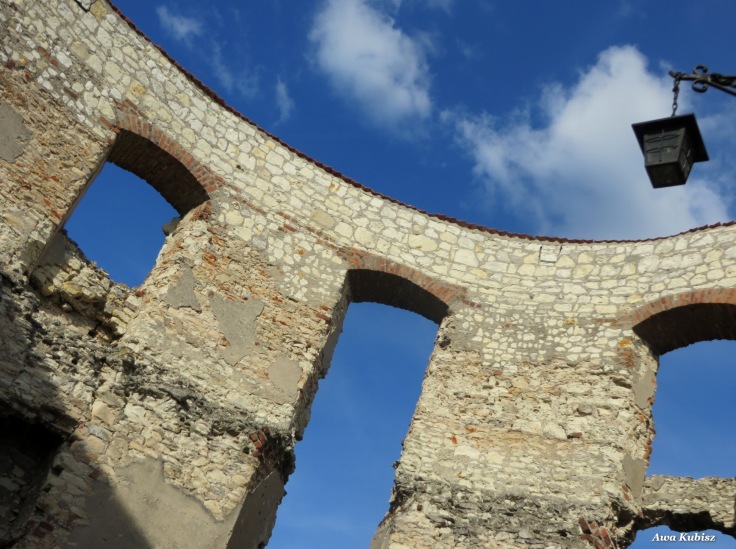 In XVIII century the owner lost the castle playing cards and since then it was gradually turning into ruins.

It’s not much left from the old beauty. I entered the castle through a wooden bridge (that used to be movable) into a vast yeard. From the buildings all around only the outside walls remained. 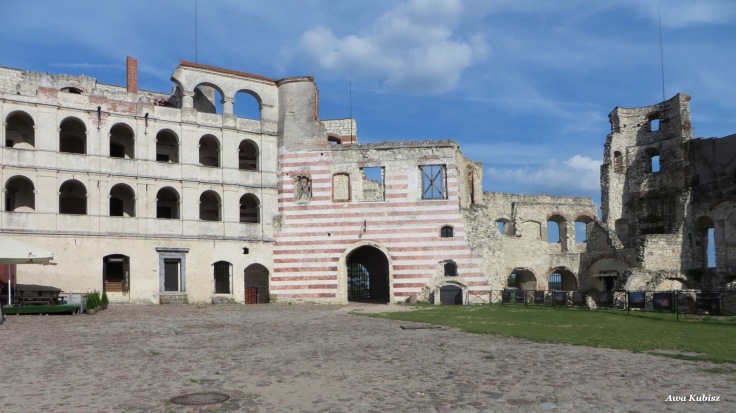 I climbed the first and second floor to see bare walls and a few lamps. I can’t deny, it’s a romantic place but I always feel melancholic thinking of a splendor that must have been distroyed.

9 thoughts on “JANOWIEC – Castle in stripes”

This site uses Akismet to reduce spam. Learn how your comment data is processed.